The quest for La Liga glory marches on, albeit at a slower pace than usual, since last week I’ve probably played 5 or 6 matches, a combination of work, getting jobs done on the house, and just feeling like doing other things, watching tv, treading, music etc, have all eaten into play time, but the matches I have played continue to be exhilarating, classy experiences.

I’m, enjoying the change of scenery, the Tapas, Sangria, different teams to face in different stadia, but one thing I am still missing? The sunshine.
Every match in La Liga is a night time match, I can’t remember the last time I played a daytime match with the sun blaring, closest i got was the away match at dusk, red skies, at Las Palmas, I feel quite sunshine-deprived, I wanted to experience the different stadia in different environments, and truth be told, night time matches are getting a bit boring. 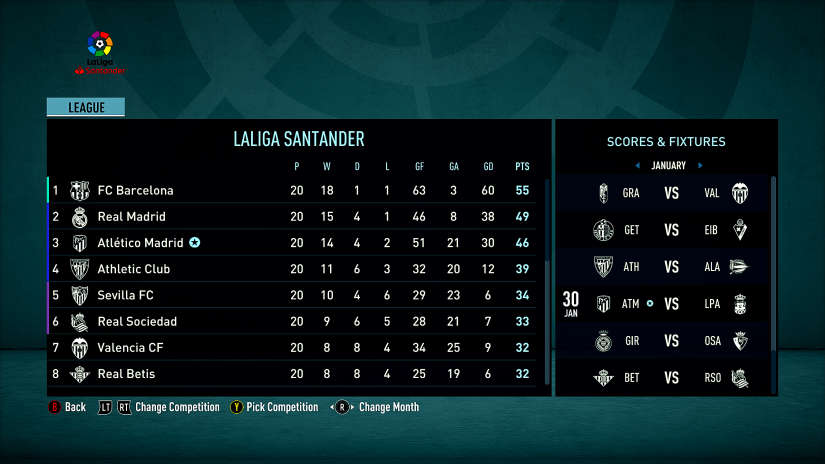 Barcelona are running away with the league a little bit, 9 points ahead at just over the half way stage, only one defeat and only 3 goals conceded in 20 matches, it’s going to take a lot to peg them back now.

Planning for the future, I lined up 3 transfers in January, all set to sign on free’s at the end of the season. 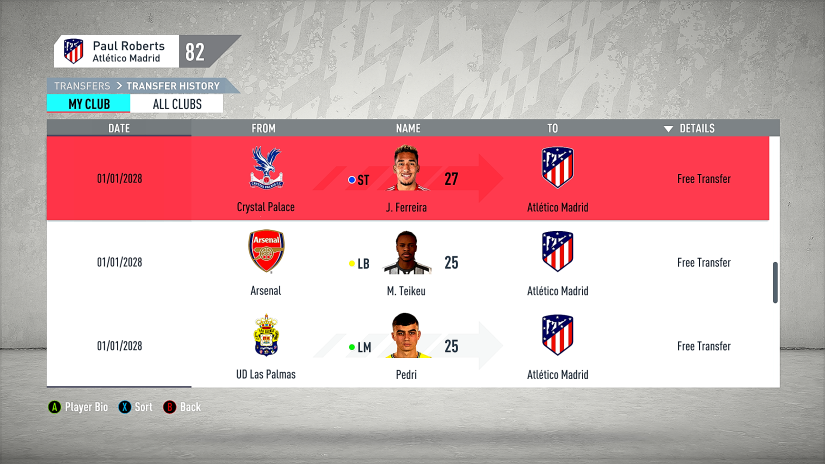 A familiar face highlighted in Red above, Jesus Ferreira, my old star CF at Palace, will be joining us in Madrid, along with a Lb and LM as both positions lack  world class quality currently.

We have just beat Real Sociedad to make it through to the Quarter finals of the Copa Del Rey, one of Spain’s domestic cups, and earlier on in the season we found ourselves in the far east competing in the FIFA World Club Cup: 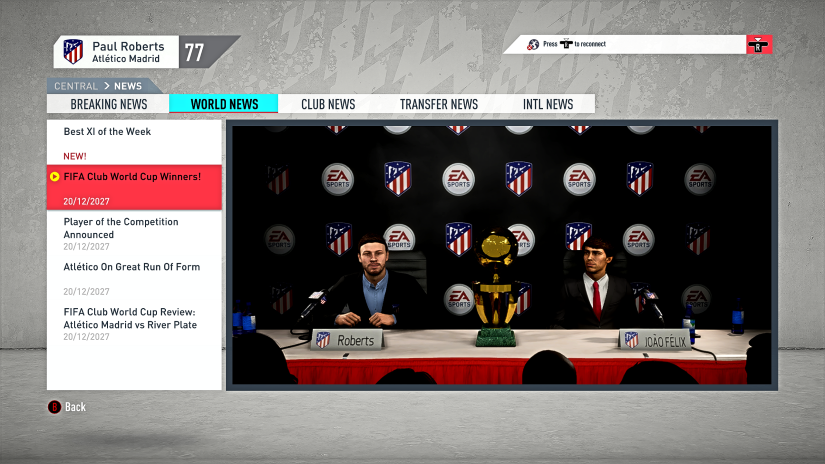 Our first trophy under my stewardship, always feels nice, eases the pressure slightly.

Also a sidenote that humoured me, our CB, a strong, dogged, determined ball winner, Villa, reminded me of a certain Coynborough, of PES fame, so his nickname around the dressing room is now ‘Colin’.

A few ‘nice’ goals,  edge of box sniper types shots, a few curlers, etc, but only one goal of note this week, a bit of a slammer from 22 yards or so, off the underside of the bar.
Pick that out.

10 thoughts on “Ain’t no sunshine when you’re gone”