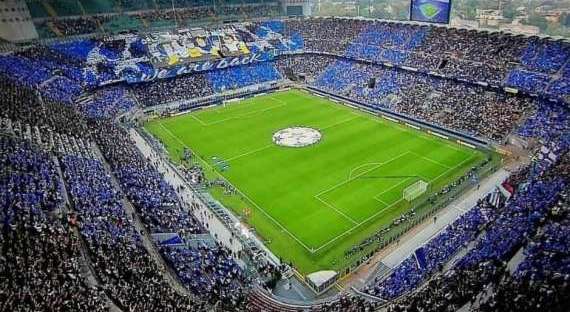 As you will recall I have been simming all domestic league and cup games, except key fixtures this season, at one point I was 8 points clear at the top of the league, good old rubber-banding has kicked in and the lead is now down to just 2 points with only 5 games left to play, I may well play the last 2 or 3 just to see the title race through properly.

We also have an FA Cup semi-final against Wolves coming up, I shall definitely be playing that, we are after all, on for a treble.

On to important matters, the Champions League Last 16, Inter Milan were the opponents, the first leg away at the San Siro, I will let the video highlights do the talking.

So a vital away goal in a hard earned 1-0 win at the San Siro, away goals are so vital in European matches, I have a feeling we will need this cushion come the second leg:

Another 1-0 win, that goal by Raćic in the 75th min killed the tie, we were riding our luck up until that point but with Inter pushing on looking for the goal, their defence left gaps and we exploited it well.

A tough match, but a well earned place in the UCL Quarter-finals, in our first season, not bad at all.

Our opponents in the quarters….

Back to the San Siro we go, may as well conquer all of Milan.

18 thoughts on “Inter the lions den”