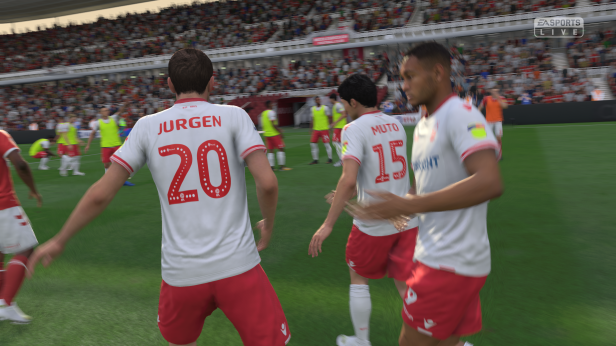 Season three has started well, off the back of last seasons relegation the boys had a point to prove, the board and fans expect immediate promotion, we can’t let them down.
The first few matches were tough, but after tweaking any formation to now play a 4-2-2-2, with two DMF’s, 2 wide midfielders and 2 up top, our play has started to balance out, we have more cover in the centre of the field, and with the instructions for one of the DMF’s to always hang back and take up a defensive role, we aren’t getting caught quite so much, although the essential quality of a good DMF has always been to be able to pop off shots from range, and neither of my two DMF’s can shoot for shit, Decouré is the better of the two, chipping in with the odd goal but nothing from ‘PES DMF’ territory.

Also, watching a few FIFA 19 tips n tricks videos on YouTube has made a big difference.
It was nothing I didn’t already know, or knew that I should be doing, but in the hustle and bustle of a live match you often just forget the discipline and go into button mash mode, proper use of jockeying and contain when  defending and laying off the damn sprint button has made a huge difference, and my play has improved.

Muto, a CF signing from Newcastle, hasn’t really done much since joining, he got a hat-trick on his debut in the pre-season tournament but since then, only a single league goal.
Josh King, a signing last January from Bournemouth, is now starting to settle in to his role as the main striker, bagging a couple of braces and being pivotal in most matches, along with another January signing, Jurgen Damm, from Middlesborough, who is also now starting to shine out on the right-wing.

Top of the league after 7 matches, but still a long way to go, I will be disappointed if we are not in the title race come April time, I have invested around 48 million into the squad, in order to gain promotion back to the big time, we cannot afford not to go up this season.

Pantimillion in goal, has been really good but he’s only rated 71, I needed another keeper, and managed to bag this stalwart on the last day of the transfer window, aged 33 but an experienced keeper and 76 rated, he will do nicely, has already made a great legs save from close range on his debut in a good 3-2 win over relegated Watford. 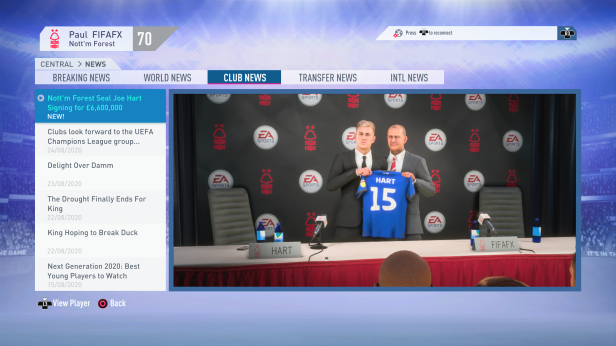 I also adopted the Operation Sports (forum) sliders for FIFA 19 at the start of this season.
After trialling them in a friendly I was so impressed with much more balanced the game play was, and realistic, that I kept them, in short they only change a few stats, mainly the run frequency, pass speed, and first touch error, for both Player and COM, this keeps it balanced but introduces more randomness into proceedings as the ball bobbles about more and there are more midfield battles.

I shall not be tweaking anything, it’s the OS sliders, or vanilla, no messing about wasting time.

Lastly, I leave a short compilation of goals scored so far this season, nothing stand-out, a few nice team goals but some of them were at critical points of the match, and a result of tweaked tactics, play style, so meant more in-the-moment.